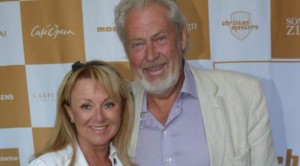 Ulfbåge, 71, collapsed on the course located outside Stockholm and was immediately and continuously given CPR by fellow golfer and friend Hans Fahlén while waiting for an ambulance to arrive.

With the ambulance still minutes out from arrival, thankfully, the Bro Hof Slott golf course was prepared with a HeartSine samartian® PAD on the premise. A quick-thinking club employee rushed to get the AED in the hands of Fahlén, who followed the instructions from the simple to use HeartSine AED to deliver what was likely a life-saving shock.

Due to quick actions of those around him and the HeartSine AED, Ulfbåge survived the sudden cardiac arrest and is now on the mend.

Bro Hof Slott is just one of the growing number of golf courses worldwide with an on-premise AED. With only minutes to successfully respond to a sudden cardiac arrest, these lifesaving devices often make the difference for survival. HeartSine is pleased that one of its public access defibrillators was on hand during this event.

Read the original article at Expressen.se.